January Team Tip | Broke, Busy, and Other Excuses (That I Am Not Buying) 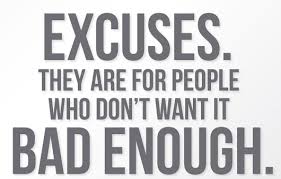 Chances are, however, that there’s someone more broke, more busy, and more between things than you right now.

That’s surely something worth giving a little bit of thought to when you’re feeling down, but let’s get back to you for a minute. Being broke, busy, and between things may be some of your best excuses for why you’re going to let Youngevity pass you by.

And here’s my response: if you’re IN, you are adding people to your team each month — both customers and distributors. Your volume should be going up.  Your check should be going up. Sure, we all experience occasional plateaus and even back-slides in this business from time to time, but overall, you should be on an upward climb. If you’re not, here’s some tough love: you might be buying your own excuses. And if you’re buying your own excuses, you are letting this opportunity pass you by.

What do I mean by that? I’m talking about the people that call and say they can’t possibly talk to more prospects, or it’s not their fault that they can’t reach more people, or that they don’t know where to meet new people, or that their team isn’t doing enough. In other words, people who are making excuses for why they aren’t further along. And those people have a choice — a choice to either dig in and fix things, or to cast blame anywhere other than in the mirror. And for those that choose the latter, the choice has already been made. You’re buying excuses, and you are letting this opportunity pass you by.

Some of you may truly be “in” — meaning you’re clear on your WHY and your goals, you’re sharing the Youngevity opportunity and products all the time, you’re following the system, leaning into your upline, and you’re in growth mode.

But maybe you have prospects that are passing, and you find that frustrating. So that’s what we’re going to dive into today. And, this might surprise you, but we’re going to take the pressure off: it’s okay to pass.

It’s okay to pass, but I encourage anyone who is passing this up — whether you’re already in or not — to get solid on these 4 things before you pass up (or squander) this opportunity. 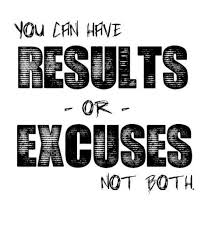 Let’s start at the top…

1.  Hear The Facts From Someone Who Knows The Facts

I spent 15 years in corporate marketing/advertising. Mostly, I observed trends. I watched as marketing costs climbed to three times as much now for half the results as when my career started.

I’m not surprised to see McKinsey (global research and consulting company) report that 67% of consumer decisions are driven by word of mouth, as compared to 14% trust for advertisers, and 8% trust for celebrities. It’s no surprise that Facebook is a hit; people can broadcast (and gobble up) instantaneous opinions from people they have at least some personal connection to across the globe.

So it really makes sense that the MLM profession accounts for 65 million people and does about $115 billion annually. That’s higher than the movies/entertainment business, the music industry, and the NFL. It’s a profession that’s not only here to stay; it’s growing. Quickly.

So sure, you might be broke, busy, or between things, but so are the people who say network marketing isn’t the best way to change that! Stop listening to them!

Instead, get the facts from someone who knows the facts — NOT your aunt Reba who’s best friend got “roped into some thing that sounds like that” — NOT your buddy who “filled his garage with products he never really wanted but never made any money” — and certainly NOT the neigh sayers, the negative nellies, and your broke friends who offer their judgment out of ignorance and fear.

So where else can you get the facts? Well, you don’t have to take my word for it, but you should. I worked corporately in this industry for several years before realizing I was sitting on the wrong side of the desk. A trusted friend recommended we join he and his wife as distributors, and they promised to train and mentor us, and we chose to seize that opportunity. The timing wasn’t perfect for us (more on this later) but we knew one thing you may not have considered:

When a good thing comes along, it doesn’t care if you’re broke, busy, or “between things” and it sure doesn’t watch a clock to make sure “the timing just feels right” for you. But those are still valid feelings, and I get it.

When we decided to join the profession, I was working 80-hours a week and was in no financial position to quit my job, we were fast food junkies (joining an organic food company), we had zero network marketing experience (and a rather negative taste in our mouth from what we knew about the industry), and to top things off, we were pregnant with our first kid and totally clueless about parenting. So… yeah… the timing wasn’t what you’d call ideal. We weren’t broke, but we sure were busy AND between things, but we knew that opportunity can’t tell time.

So we quickly (yet carefully) considered our options.

On the one hand, we’d be diving into unchartered territory and that felt scary. On the other hand, we thought about where we’d be in 5 years if we didn’t make a change. And in the quiet stillness of that reality, we weren’t just scared; we were worried. And we understood what we’d be giving up if we passed on the opportunity.

3. Understand What You’re Giving Up

Let’s look at the two emotions my husband and I were facing a little more closely: being scared, afraid, or full of fear vs. worry or anxiety.

Fear is a limiting emotion. It holds you back, can steer you in the wrong direction, and often leads to big mistakes. But worry is the worst of all emotions. It’s crippling. It’s debilitating. It’s a silent killer that stunts growth, ruins opportunity, and stifles dreams. It tricks us into thinking good ideas are bad. It robs us of a better future. Worry is the worst of all emotions.

So sure, we were scared to start. But we were more worried about what would happen if we didn’t.

That’s the conversation you need to be having with prospects. What are their biggest worries? What keeps them up at night? Where are they going to be in 5 years if they don’t make a change?

It’s understandable to have fears about getting started. If you’re talking to a prospect, relate to them. Use “feel / felt / found”. You know that technique — “I know how you feel, I felt the same way, but then I found…”. Using feel / felt / found helps you relate to others, and that’s important. But ultimately, make sure you focus on the fact that if nothing changes, nothing changes.

And if you’re taking a hard look in the mirror right now and realizing the one passing up this opportunity might actually be YOU, it’s important that you acknowledge that your fears are understandable, but that you won’t let them rule you any longer. Because the longer you do, the longer you’re putting off prosperity. Financial stability awaits anyone willing to pay the price. So if you’re focused on the price, you’re missing the potential of the promise. You need to understand what you’re missing when you let worry prevent you from reaching your impending destiny. You need to be prepared for loss — the loss of better health, the loss of time freedom, the loss of financial stability, and on a larger scale, the loss of improved health and wealth for those you care most about — if you’re going to let this opportunity pass you by.

In other words, sure, you might be broke, busy, or between things, but do you understand that that’s where you’re going to stay if you pass this up?

And if you’re still considering passing on Youngevity after you’ve gotten the facts from someone who knows the facts, you’ve accepted that opportunity can’t tell time, and you understand what you’d be giving up, then it’s time to just admit that you’re just buying your own excuses. 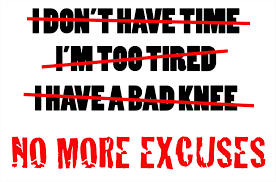 I hate seeing people buy their own excuses. (Especially when their best excuse for why they don’t want to join Youngevity is that they “aren’t good at selling” which I always find ironic because they’re selling that excuse HARD.)

And if you’ve already joined, but you’re not getting the results you desire, let this be a wake-up call. Don’t buy your excuses. Don’t accept ignorance, fear, or worry as valid excuses. Don’t accept broke, busy, or between things as valid excuses. You’re bigger than that. You’re better than that! You have power. You can affect change. You can choose to stop doing what’s not working, and start doing what already works for others.

Plug into your upline Chairman in Youngevity and ask them what they’re doing that’s working so well for them. I guarantee you, they aren’t blaming their upline, their downline, their prospects, the company, or Doc Wallach. They aren’t trying to sell excuses. And they sure aren’t buying anyone else’s either.

Jenni Smith is a recovering fast food addict and a reformed couch potato who swore she'd never be a distributor... until the day she realized the only thing holding her back from reaching her true potential was her own stubbornness. And maybe a bit of fear. When she finally decided to put on her "big girl pants", Jenni (and her rock star husband, Paul) went from founding distributor to top earner in two years, and is now a Youngevity Vice Chairman Marketing Director. With a 15-year career in marketing and two little girls at home, Jenni raises her kids and her family's income at the same time and is passionate about coaching anyone who has: A) a desire for better health; B) a need for better wealth; C) patience for sass.
View all posts by jenni smith →
This entry was posted in Get Motivated, Tip of the Month and tagged anxiety, excuses, fear, feel / felt / found, industry stats, kody bateman, opportunity, results. Bookmark the permalink.